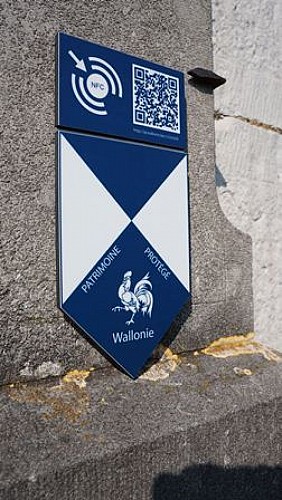 The old Résibois house, also called "Les Caves", was built on the site of the former convent of the Brotherhood of Sainte-Catherine. The front façade has been altered but retains some very interesting traces of the 16th century: the windows on the first floor, as well as the carriage entrance with Roman arch on the ground floor. The entrance is closed by powerful double doors in timber featuring Gothic motifs and opening into a covered passageway in the same style. This passageway has a ribbed valued ceiling supported by bases, two of which are dated "1566".

In the courtyard, there are three wide windows with convex lintels, as well as a mezzanine and turret situated perpendicular to the dwelling. Note that in some parts of its cellars the building has retained exceptional traces of coloured decoration.