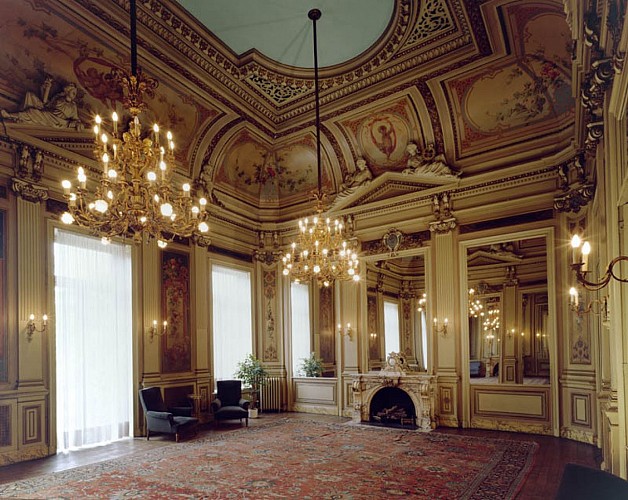 The Literary Society of Liège was founded in 1779 by the prince bishop Velbrück. The aim of this circle was for members to meet and read the newspapers. Built from white stone in 1787, the Classical style building is attributed to J.-B. Renoz. The façade consisting of five bays rises to three levels. In the centre, the three main bays create a frontage featuring, on the ground floor, a door flanked by two windows. On the first floor, there are three windows opening on to a balcony with wrought iron railing from the 19th century. There are two statues here, Charity and Harmony. The second floor is adorned by a putti bas-relief, garlands and cartouche. Above the façade is a pediment depicting a scene from mythology.

Damaged by a fire in 1859, the interior of the Literary Society building was rebuilt by L. Demany and decorated by the painter, Carpay. The entrance hall, the cloakroom in the hall, the stairwell and drawing rooms on the first floor still have their 19th-century decoration today.