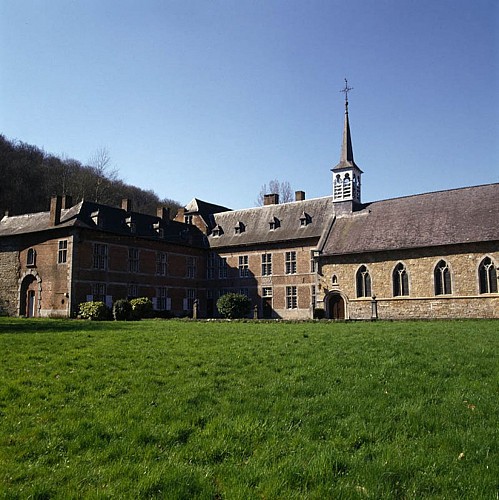 The old abbey of Notre-Dame du Vivier is a large group of Cistercian buildings mentioned as early as 1236. The monastery was sold after the French Revolution and bought by the diocese of Namur which rented it out to a number of organisations, including IATA (Institute of Traditional Arts and Techniques of Namur) as a boarding house, to the Little Sisters of Bethlehem, etc.

The abbey includes a quadrilateral made up of the church, a cloister, a hospice and convent buildings. Constructed in limestone blocks, the buildings date mainly from the Middle Ages, while the brick and bluestone buildings on a limestone base were added in Modern Times and especially in the 18th century. The fact that there have been additions and alterations does not take away from the abbey's exceptional nature and its listing as an exceptional heritage site of Wallonia.

The church dates from the 13th century, but was rebuilt in 1904 in a spirit of archaeological reconstitution. Consisting of a single nave, the church is enclosed by a chancel with flat chevet adjoining two chapels. Entry is gained through a large 16th-century Gothic-Renaissance doorway with a Roman arch.