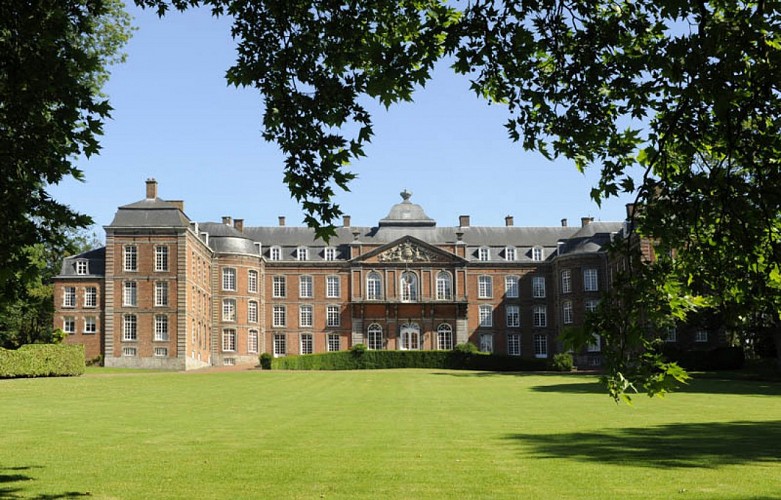 The origins of the castle are linked to those of a fortified structure dating from the 11th century. It was redeveloped in the 16th century by Adrien de Croÿ and most of the castle was destroyed in the middle of the same century. Views from the very beginning of the 17th century show a house made up of a main accommodation section and two towers that are radically different from the current castle, which is the result of conversion works carried out in the second half of the 18th century.

The building itself, which evokes a certain French-style classicism, mixes both sources of local inspiration (a mixture of brick and stone) and also the Germanic (tending towards the horizontal). The result is a U-shape consisting of a main wing and side wings enclosing a main courtyard. The junction between these wings and the façade is unusual as a result of the convex structures placed in the corner. The central section of the building, which has a frontage with balcony and dome in the centre of a symmetrical composition, houses a vestibule displaying some traces of the previous building, as well as a majestic and profusely decorated main staircase, as well as the stairwell lit by the skylight, with décor in Rocaille style. Finally, the remarkable main drawing room is exquisite testament to the decorative style of the 18th century.