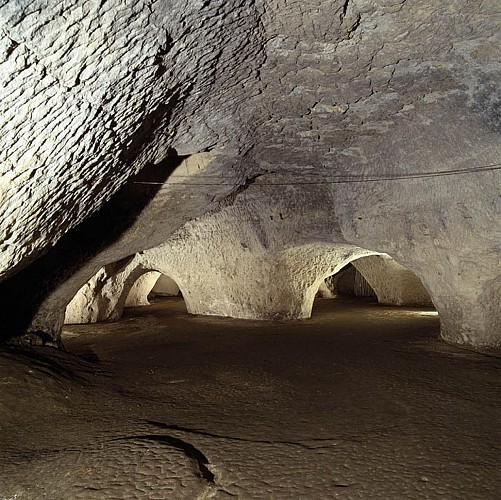 The locality of Folx-les-Caves boasts the unusual feature of having some 4 hectares of underground galleries whose origin is still unclear today. These galleries, for which the first known description dates back to the very beginning of the 17th century, vary in width from 2 to 8 metres by 2  to 4 metres in height, rising to 6 metres in places. This network of passages, which used to have a single porch opening into the side of a hill, belongs to two networks linked by a passage that is today condemned.

However, the fact that there is an underground waterway at one location is not responsible alone for the extent of these galleries whose origins appear to be human. It is difficult to say when this underground network was created or the reasons for it, although the extraction of marl for improving the heavy soil of the Hesbaye plateau remains likely. Nonetheless, the site at Folx-les-Caves remains just as remarkable from a geological and paleontological perspective.