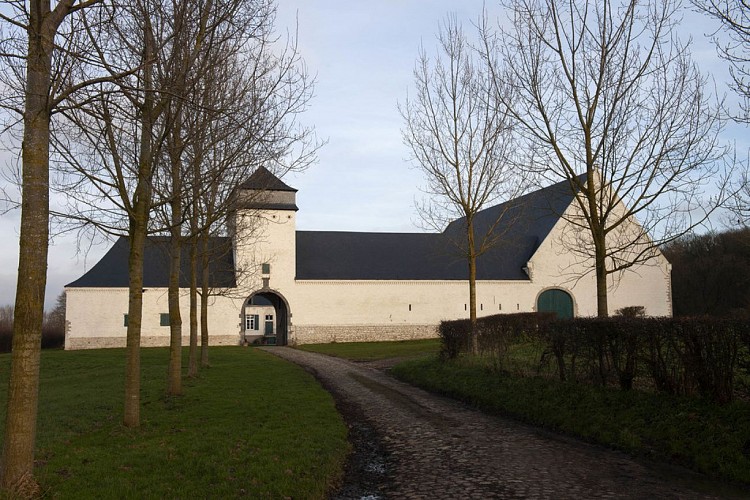 Isolated in the midst of the Brabant plateau, Wahenges farm stands out amid the countryside with its white quadrilateral buildings. This fertile site was home in particular to a Gallo-Roman villa and in the 12th century, according to the archives, a farm associated with Averbode abbey. After the destruction wrought by the wars of the 17th century, the buildings were rebuilt from 1718 to 1784 to form a coherent group around a central courtyard. This concern for consistency included both function and materials: lime-washed buildings in brick and Gobertange sandstone and limestone with slate roofs.

The largest building, to the south, is a long barn, built in 1718. A smaller hayloft, dating from 1769, extends the barn to the east. The south-west and north-west wings are occupied by cowsheds built between 1718 and 1729 and in 1784.  A dovecote dominates the entry porch, dated "1724", while in 1729, the quadrilateral was completed by an accommodation building. This has been enlarged and renovated on several occasions: added in 1742 was a chapel dedicated to St Nicolas adjoining the rear of the building, itself extended from 1832-50. In 1816, it was redecorated in the taste of the day, including wallpaper from the Züber workshops in France. A private property since the Church's possessions were secularised in 1795, this farm is one of the finest examples of rural architecture in Hesbaye.