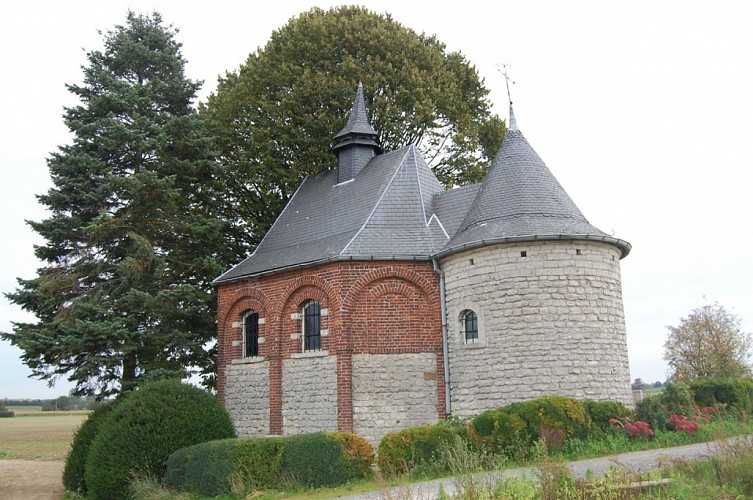 The chapel of Notre-Dame de Bon-Secours

The chapel of Notre-Dame de Bon Secours is an interesting aedicule, isolated at the far north-west end of the hamlet of Zétrud. It features a circular chancel built at the end of the 17th century in Gobertange stone, an element that was probably intended to be a basic oratory by itself. A nave with cut-off walls decorated with pilasters and topped by a pinnacle was only added at the beginning of the 18th century. This single nave, built from Gobertange stone and brick, is accessed by a Baroque doorway bearing the date of 1718. During the second half of the same century the shape of the windows was also modified. Finally, the end of the 18th century saw the addition of a sacristy. At the beginning of the 19th century, it became the funeral chapel for the Astier family. All of the elements were restored in 1961.