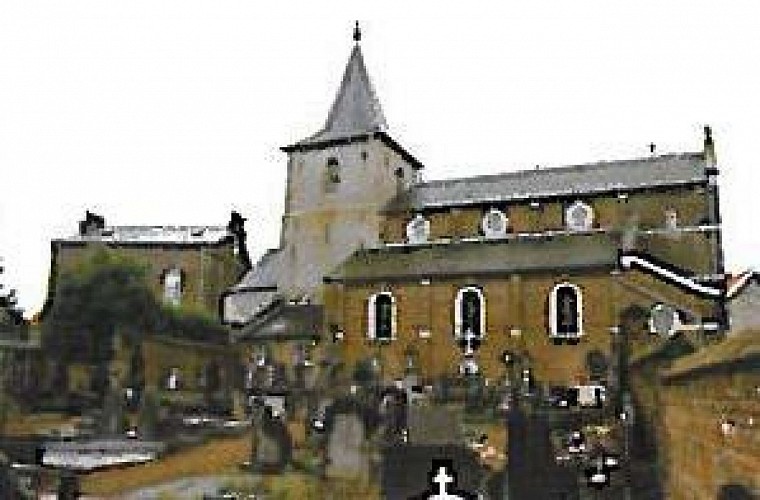 The church dedicated to St Peter is made up of two separate sections, only one of which is listed. The older part of the building, built in stone, is limited to a pre-chancel Romanesque tower dating from the second half of the 12th century. Adjoining this quadrangular tower is an early Gothic chancel from the 13th century. The chancel features friezes of Gothic arches with bases sculpted with plant motifs and a human head. Repeated for some, they remind one of the arches visible in the lower part of the tower, also with moulded bases and one with a human head. The nave that stretched from the other side of the tower was demolished to be replaced by three aisles of eclectic style of brick and stone at the end of the 19th century by the architect Émile Coulon, like St Lambert's church. The building is surrounded by an enclosed garden that also includes the old presbytery and a cemetery.