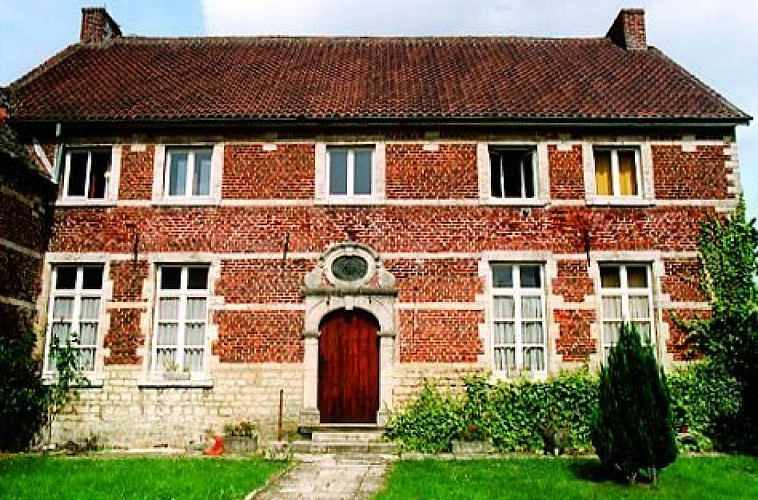 The former presbytery of Mélin, built to the right of the church of Notre-Dame de la Visitation in the first half of the 18th century, originally consisted of a double-fronted single-storey building in brick and Gobertange stone under a tiled roof. In its centre was a moulded doorway under a Roman arch and round window framed with scrolls. An additional half-level, very well incorporated, was added to the building during the first half of the 19th century at a time that also saw the construction of an enclosing wall decorated with a wrought iron gate. The outbuilding, placed at right angles and built from the same materials, dates from the 18th century, as does the main building.