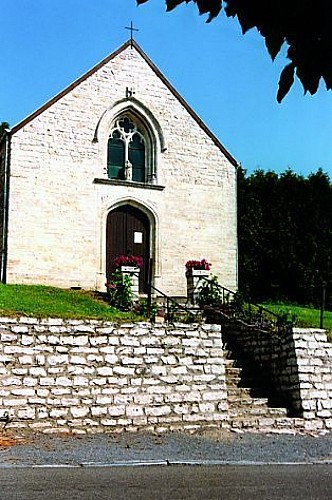 Dating back probably to the 15th and 16th centuries, the chapel of Sainte-Marie-Madeleine consists of a single nave of two bays built from Gobertange stone. The chapel features a neo-Gothic façade from the mid-19th century made up of a Gothic arch doorway below a diagonal rib. Since it was built in the first half of the 19th century, the oratory has been flanked on two sides by a large house built in brick and Gobertange stone, set perpendicular to the road. Street fencing shuts off this property, while bordering the listed site of the chapel which, threatening to become a ruin, was entirely restored in 1973.