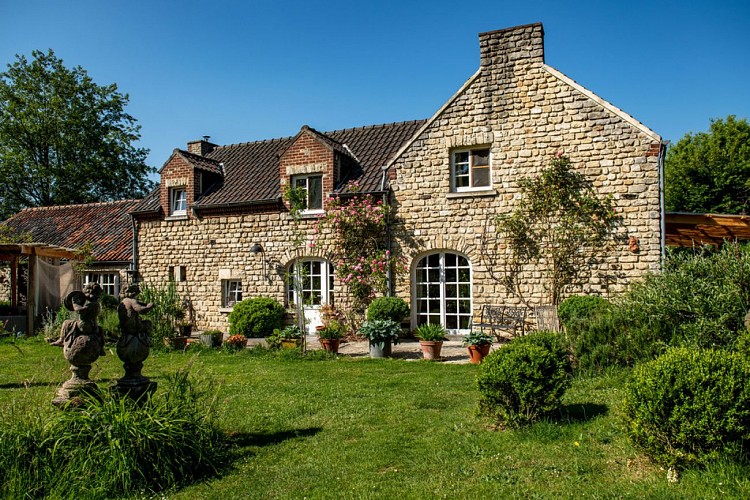 An ordinary watermill belonging to the lords of Mélin, located on the banks of a tributary of the Grande Gette in the second half of the 18th century, Genville mill is made up of sturdy buildings made from limestone/sandstone blocks under a tiled roof. Shaped as a quadrilateral arranged around a small paved courtyard, this group of buildings, once whitewashed, consists mainly of a barn and dwelling. Beyond the buildings are damp meadows, a holding pond and a mill race that mark the entrance to a hamlet that owes its development mainly to the mill. The mill itself was converted into a flour mill and oil press in the mid-19th century as part of some fairly extensive reworking of the complex, which included rebuilding the miller's house and installing workings that still retain the two pairs of millstones and waterwheel. When the mill ceased production, major contemporary alterations were carried out to redevelop the business into a residential dwelling.