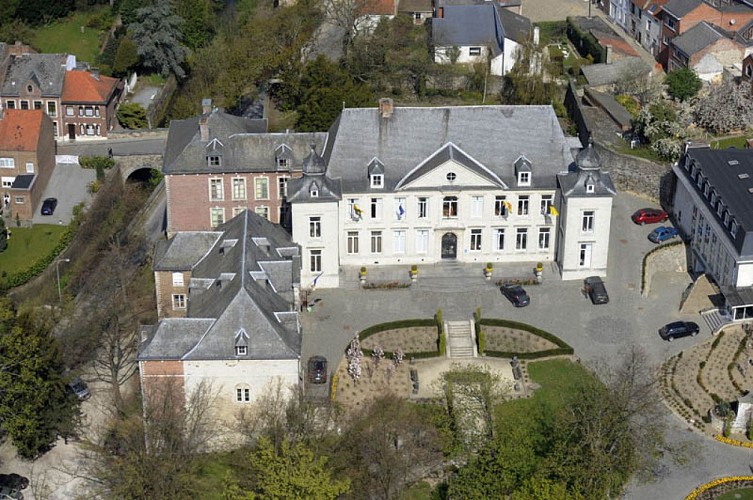 A building in the classical style, featuring a number of date stones from the first half of the 18th century, Pastur castle - which takes its name from the notary who owned it in the 19th century - now houses the administrative council offices of Jodoigne. The building in its current state is the result of the radical conversion of a previous building that was reshaped on many occasions over the centuries. The remains of this old building are probably preserved in a wing built at right angles that is part of the truncated U-shape of the current complex. Commissioned by the count of Romrée, the castle which was first known as Château de la Comté, owes its appearance to the architect Verreucken, who also built the old Town Hall in the Grand-Place. Faced in Gobertange stone, like so many other buildings in Jodoigne, the façades are flanked by sturdy turrets with domed roofs. A triangular pediment with round window overlooks the two levels with nine bays of the main façade, decorated with a moulded porch. Enclosed grounds enhance the surrounds of this fine group of buildings.