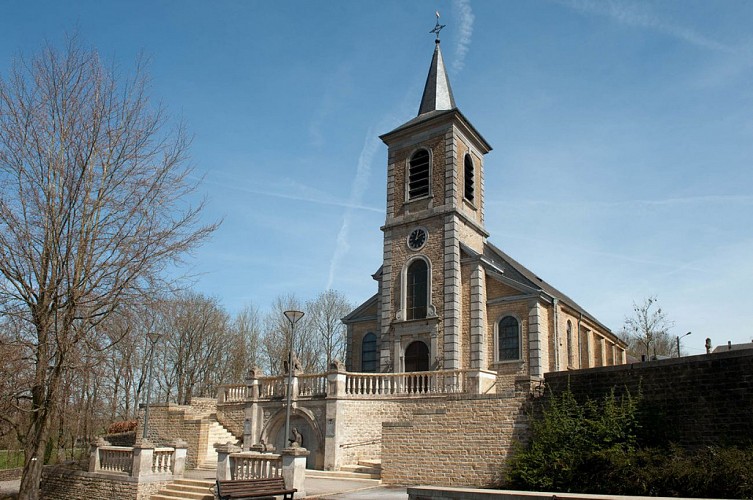 Our Lady of the Assumption church is a building that features various architectural styles. It consists of three naves of five bays and a chancel with two bays. The side aisles and chancel end in a flat chevet. The body of the building is made up of limestone blocks, while the façade features the use of grey limestone and rough facing. The prominent front of the church was built in 1896 by the architect Remont on the site of a tower whose door bore the date marking "1633". Motifs of stacked pediments were added in the 19th century, an architectural feature invented by the Venetian architect André Palladio in the 14th century.

The façade has a tower and neo-Renaissance door under an octagonal spire.

On the north side, the seigniorial chapel is dedicated to St Anne and St Michael. It communicates with the chancel through a large dated arched window. The chevet is flanked by a sacristy restored or rebuilt in 1736, according to the date on the lintel. In the 19th century, buttresses were added to the building and at the beginning of the 20th century, a monumental staircase with balusters was also added.

Evidence of the presence of Jesuits, who owned the building for two centuries, can be seen from the opulent furnishings. Of particular note are the pulpit and main altar in the Renaissance style.