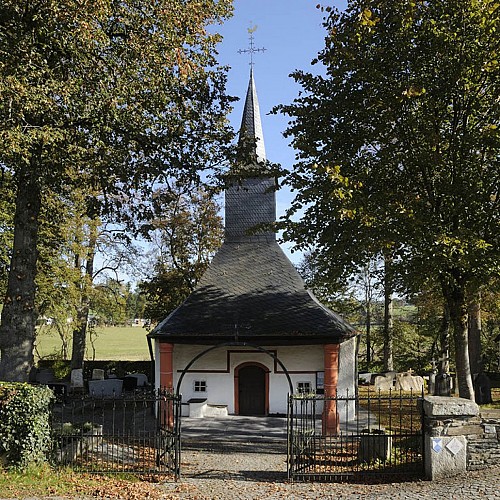 The chapel of Saint-Barthélemy dates from the beginning of the first millennium. It is dedicated to St Barthélemy or sankt Bartholomäus, patron saint of livestock breeders and tanners. The chapel was restored in 1680 (and again in 1794), which is confirmed by the inscription engraved in the lintel over the door "In honore Santi. Bartholomei renvatvm ano 1680".

A former saalkirche (aisleless church), the chapel is made up of a nave with two bays covered by a roof in bâtière with furring. The nave is the oldest part of the building. It is preceded by a porch with hipped pinnacle supported by two columns. The chapel is completed by a 15th-century Gothic chancel with three walls annexed by a sacristy

The mural paintings, funeral slabs (floor of the porch) and nailed panelled oak door are worthy of interest.