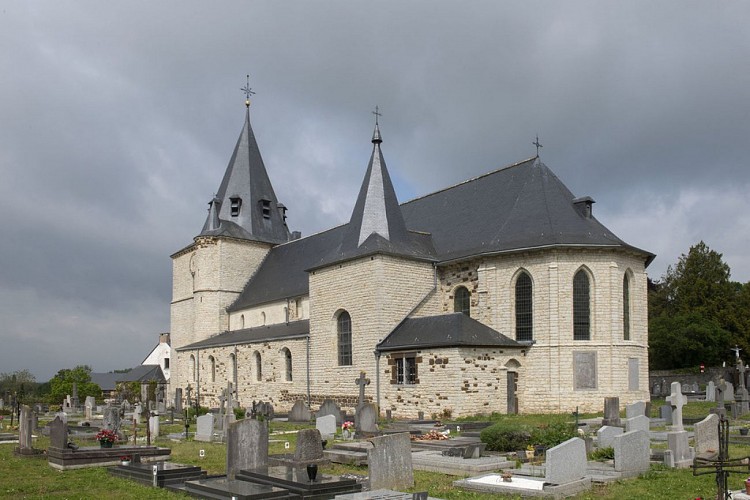 The origins of St Martin's church date probably back to before 1000. At the time, the church, which was of a huge size for an ordinary parish, was made up of three naves covered by ceilings and a chancel with flat chevet that has since disappeared. Its archaistic shape makes it one of the finest examples of pre-Romanesque architecture in Wallonia. Each end of the church was extended in the 13th century. The west gable features a massive west-facing tower built in Gobertange stone. It remains unfinished. The spire above only dates from the second half of the 16th century. The second programme of the church's development saw the chancel rebuilt in the Gothic style and is one of the first examples of this style being used in the Brabant countryside. The third period of conversion at the church dates from the 17th century after a fire in 1640. The main modifications were to the chancel and the eastern section of the church, with side naves as well as a range of elements.

Since all these major works, the church has remained much the same, apart from additions to the gate and the creation of a baptistry. From 1953 to 1963, the building underwent a restoration programme overseen by the architects, RM Lemaire and R Vandeel. These works gave the church its current appearance.

Furnishings include the shrine of St Corneille and the ceramics created between 1963 and 1968 by Max Van der Linden.