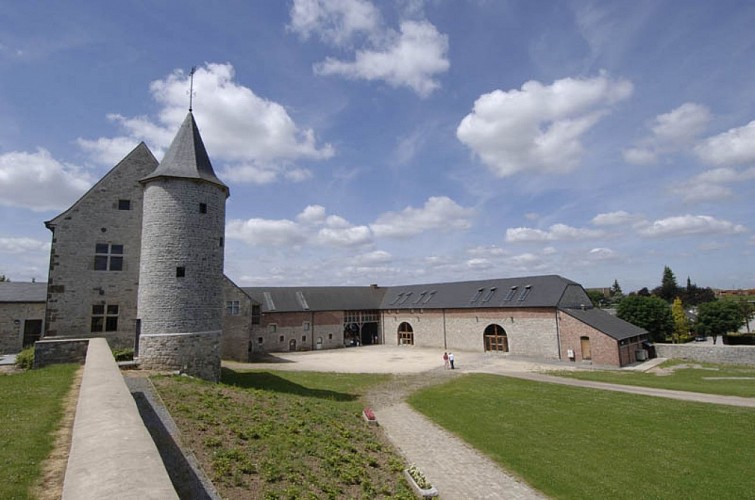 Brugge or Marloie farm is of a semi-enclosed quadrilateral shape and most of it dates from the 17th century. Built from limestone blocks, the farmhouse has a bâtière roof. Brugge farm has retained the characteristic features of a toll house: façades and roof, the rooms in the current dwelling, as well as the vaulted cellars, elements of the Gothic chimney of the second dwelling, the enclosing walls, the garden and paved courtyard.

The dwelling, situated to the south-west, is older and probably dates from the 15th century. The building is made up of a ground floor, cellar and first floor. On the limestone façade on the courtyard side there are two rows of corbels, the remains possibly of a gallery and corbelled structure.

The south side is marked by the addition of another dwelling at the beginning of the 17th century. This adjoins a tower that had a hexagonal spire of which only the bevelled base remains today. The façade overlooking the courtyard was originally without windows and was opened up in the 19th and 20th centuries.

The farm is also made up of a wing of livestock stalls, as well as an area that originally housed stables and the hayloft, which was developed and enlarged in the 19th century.