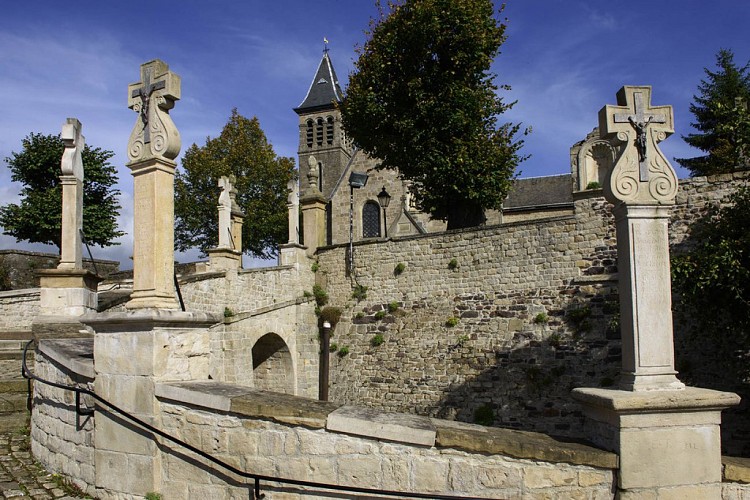 The royal ascent towards Saint-Donat

The plan for a royal ascent in Arlon came into being in the 17th century and was the work of a Spanish engineer. The staircase then consisted of seven platforms. Each one featured a station of the cross, accompanied by a tree. Access to this ascent was denoted by a monumental gate with the date stone "1626". Unfortunately, this gate was destroyed soon afterwards by the troops of Louis XIV.

The royal ascent suffered weather damage and was rebuilt or repaired on several occasions, in particular in 1735, 1830 and 1846. The way of the cross still preserved today dates from this final programme of works. It is made up of 14 stations marked by identical stone crosses decorated with two stylised scrolls on the lower part. Two statues bearing the signature "P. Bausch, d’Arlon" (1876) are situated at the foot of the stairs. A gate with Roman arch marks the midway point of the ascent. It also holds the basin that distributed town water, a function underlined by the inscription still visible on the pediment of the gate.