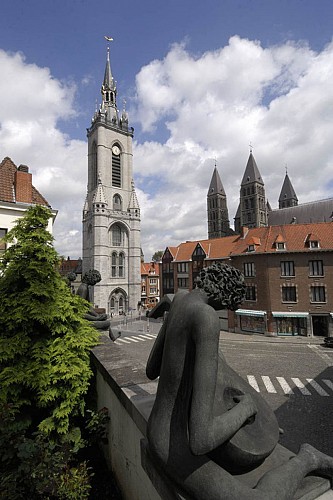 Included on the UNESCO World Heritage list, the Gothic belfry at Tournai is the oldest in Belgium. A potent symbol of municipal freedom, it was probably built after Philippe II Auguste, king of France, gave the town its charter of freedom in 1188. The lower belfry is believed to date from that period, although it was altered at the end of the 14th century during the construction of the upper belfry, which contains the bells and clock, and displays great architectural unity. The belfry owes its present appearance to 19th-century restoration work, and to a lesser extent, 20th-century restoration work. It will soon house a museum.