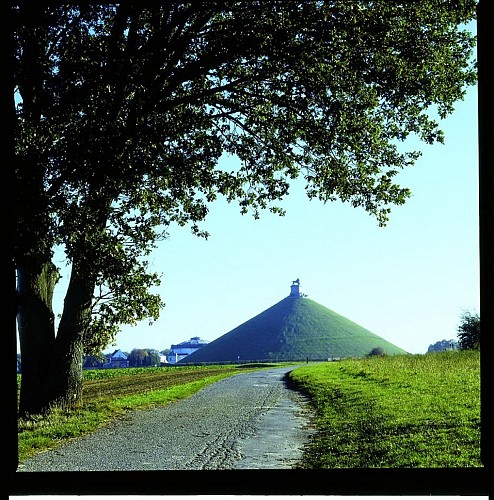 The battlefield of Waterloo

It was at Waterloo that the Napoleonic epic came to an end. On 18 June 1815, Napoleon tried in vain to conquer the Anglo-Dutch and Prussian coalition, an event which, with the Congress of Vienna, redrew the map of Europe. The territory which is now Belgium became part of the Netherlands and, to commemorate the event, the government of the Netherlands decided to build an artificial mound 43 metres high. The lion on top of the mound was turned toward France, as a sign of defiance. The inn where Wellington stayed is now the Musée Wellington, which is devoted to this historic battle.