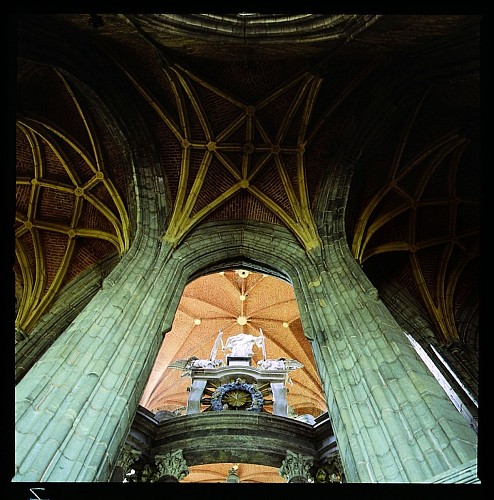 Founded in the 8th century, in 825 the abbey received the remains of St Hubert, bishop of Liège (d. 727), who became known as the apostle of the Ardennes. His name was invoked to cure rabies, and the church became a major place of pilgrimage. A succession of abbey churches was built on the site and the present building, designated a basilica in 1927, has nine aisles, an ambulatory and several chapels. Although the crypt and the towers date from the 11th and 13th centuries, the interior was built between 1525 and 1564 in pure Gothic style. The baroque façade dates from the early 18th century, as does the elegant abbot’s house.