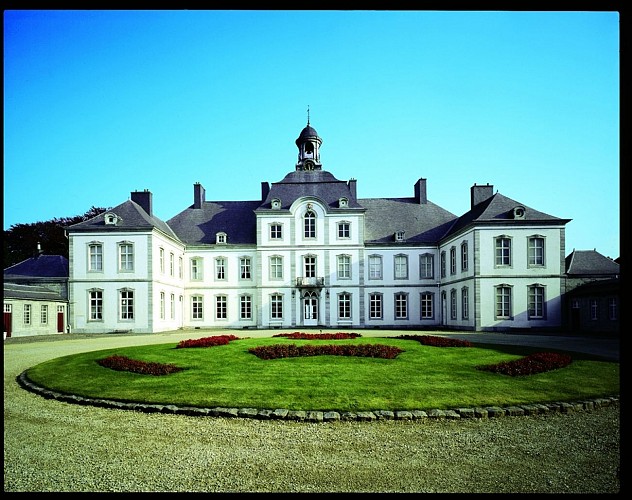 The Château de Warfusée was built by the brother of Charles-Nicolas d’Oultremont, prince-bishop of Liège († 1771). Built in rendered brick and limestone, it consists of an imposing main building with two wings, each with an annexe at right angles. Its fine interior contains features such as a monumental oak staircase with two flights of stairs and a dining room containing several 19th-century watercolour engravings depicting the Raphael Rooms in the Vatican. Both the small and large sitting-rooms contain valuable 18th-century Audenarde tapestries.