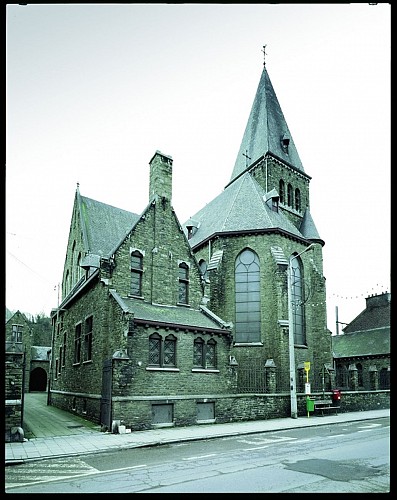 The neo-Gothic church of St Antony the Hermit at Pepinster was consecrated in 1899, and is the work of the abbot and aesthete Sylvain Balau and the architect Clément Léonard. It refers to the 13th-century Gothic style known as early Gothic. Its sober exterior contrasts with the richly-decorated interior (which includes a triumphal cross and a painting of the Coronation of the Virgin), which is the work of the best Belgian workshops and artists of the day. It is also noteworthy for its pointed barrel vaulting, for which the architect used the “Francart system”, consisting of small metal beams into which shingles of painted terracotta are inserted.