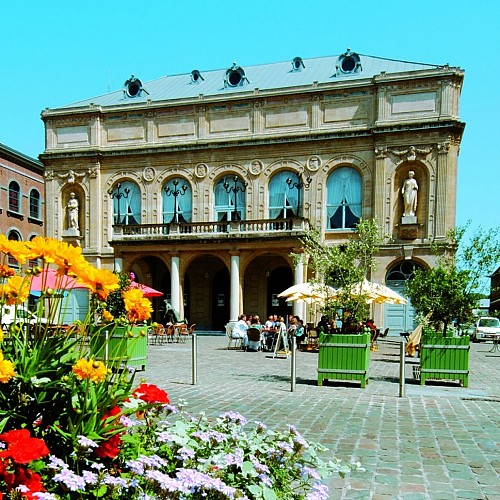 The present theatre was inaugurated in 1868. It has a yellow limestone façade with two rows of seven porticoed bays, beneath an attic floor; two niches contain statues of Comedy and Music. A proscenium arch theatre, it incorporates some 18th-century French modifications, such as the distance between the balcony levels and an arched cupola with a chandelier. The latter is painted and depicts a cloudy sky in which a host of putti musicians, cupids, female musicians and garlands mingle. Between 1994 and 1998, the theatre of Namur was restored in order to bring together the three main roles of a theatre: the lyric, the dramatic and the symphonic.