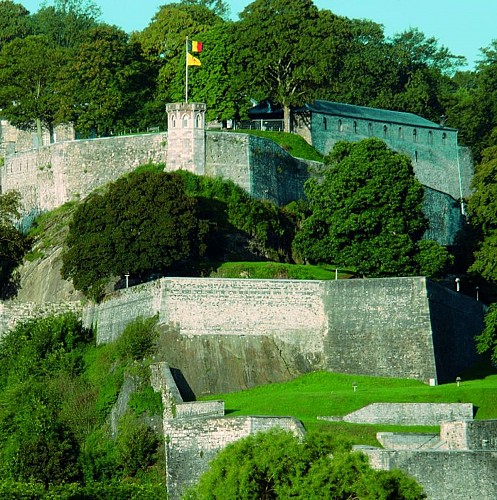 The site of the citadel, on a rocky spur at the confluence of the rivers Meuse and Sambre, developed in tandem with the comté of Namur (10th century). However, the layout of the comte’s residence, of which the dungeon is part, is not clear, except for the two semicircular towers still visible today. Occupying a strategic position between France and the Burgundian (later Spanish) Netherlands, the citadel was enlarged several times, and besieged several times too, on one occasion (1692) by Louis XIV. Torn down by Joseph II, it was rebuilt by the Dutch, and was a command post for the fortified position of Namur in 1914 and 1940. It was demilitarised in 1975.