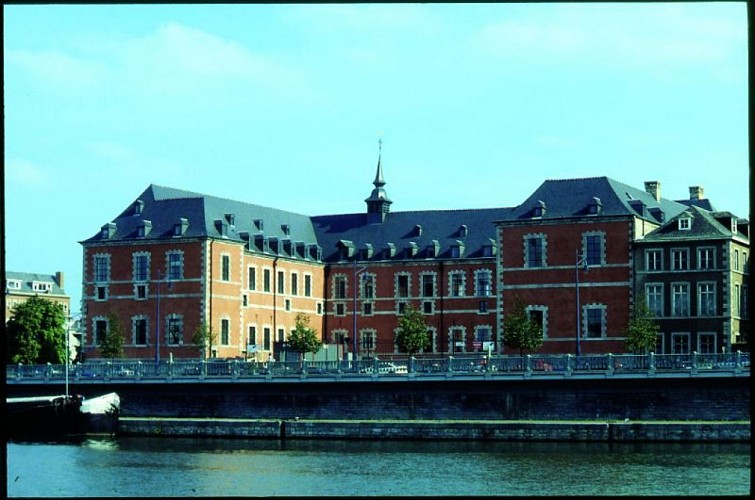 Mentioned as early as 1229, the former Hospice Saint-Gilles was, with the exception of its 16thcentury Gothic wing, rebuilt from 1667 to a U-shaped plan using brick for the walls and limestone for the window surrounds and the right-angle quoins. The building was bought by the Walloon Region in 1985 and after a huge programme of restoration work from 1996 onwards, became the seat of its regional parliament, created by the revision of the Belgian constitution in 1980. The 75 members of this parliament, elected by universal direct suffrage after the reform of 1993, sit in a rectangular public debating chamber.