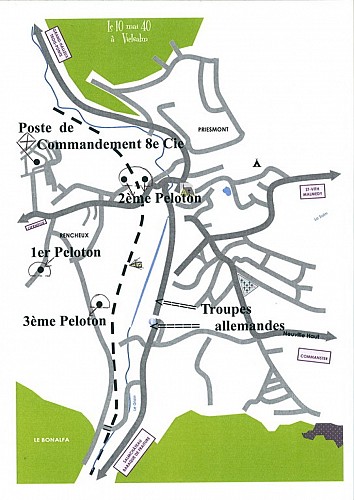 The battle: between 00.30 and 11.30: the Platoons were deployed.  Around noon: the 1st enemy infiltration from Neuville heading for the station. Firing began.  In the afternoon: several enemy attacks mainly on 2 and 3rd Platoon were repulsed by mortar fire.  In the evening: fighting continued until early evening. The CHA held their positions and the enemy retreated to the hills east of Vielsalm.  Around 20.30: The 3 Platoons receive the order to fall back.