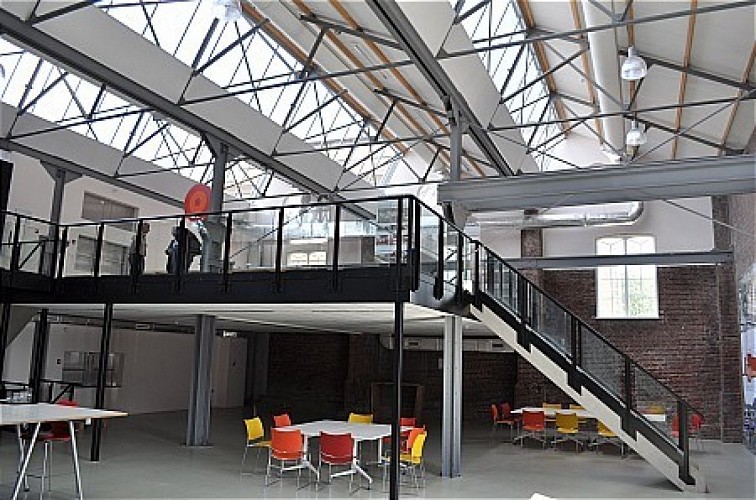 At the end of the 19th century the two Belgian brothers Jules and Caesar Deprez moved to Tilburg do establish a specialized construction workshop adjacent tot the railway workshops.

In 1884 they took over an existing iron foundry, built in 1878, and soon started with the production of steam boilers and iron plates, later also of steam engines and other machinery.

Jules died in august 1918, his brother in december of the same year. In 1924 the buildings and installations were purchased by the Dutch Railway Company, and merged with their central workshops.

The still existing original building now has been taken over by the Tilburg city council, has been restored and is used for all kinds of cultural activities.