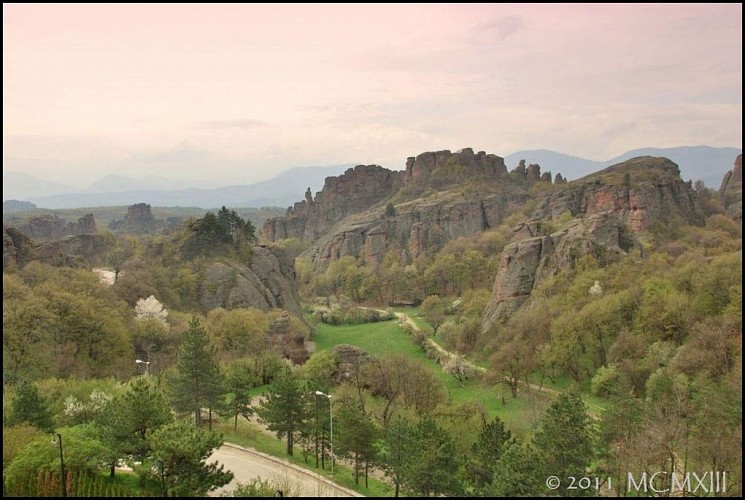 Ages ago there were two monasteries in the middle of Belogradchik rocks - a convent and a cloister. There lived a nun-Sister Vitalia. She was not able to hide her beauty under her frock and the rumors of it spread. A shepherd, named Luka came to reveal his love to her. Night after night he came under her window with a wooden flute and its sound was as a whisper and an ephemeral kiss. Vitalia`s heart leapt passionately with joy and anguish. And one night she hung down a rope from her cell. Months later a cry of a child was heard in the monastery. The sinner was cursed and chased away. Luka rode his horse to take away his beloved but the monks went on to fight for her. Then a miracle happened. God, the witness of this unblemished love, sent storms, thunders and earthquakes so the cloister was erased of face of the ground. Everybody turned into stone. Vitalia became a stone Madonna with a child in her arms. The monks converted into stone sculptures too. Luka stood on his horse waiting for his beloved forever. All these stone figures exist up to nowadays: Madonna, the Horse Rider, the Monks, the Monastery site.