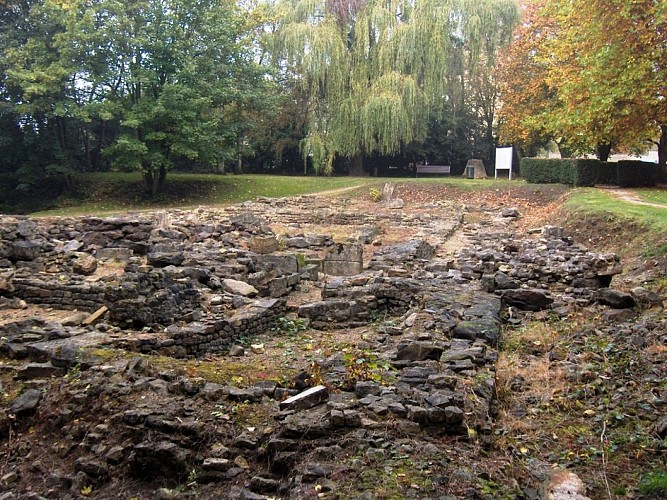 The old community cemetery fell out of use in1853. It still contains a number of 17th, 18th and 19th century crosses. The site had been occupied since Roman times: remains of thermal baths and a hypocaust (Roman heating system) were found here. Here too, in the 8th century, the first parochial church was constructed in the heart of the Gallo-Roman settlement (vicus).  A Romanesque church, dedicated to Saint Martin, was constructed on the foundations of an original Roman building. This church survived into the 16th century. Then, in the 17th century, a hermitage and chapel were constructed on the foundations. This chapel was destroyed by fire in 1878.