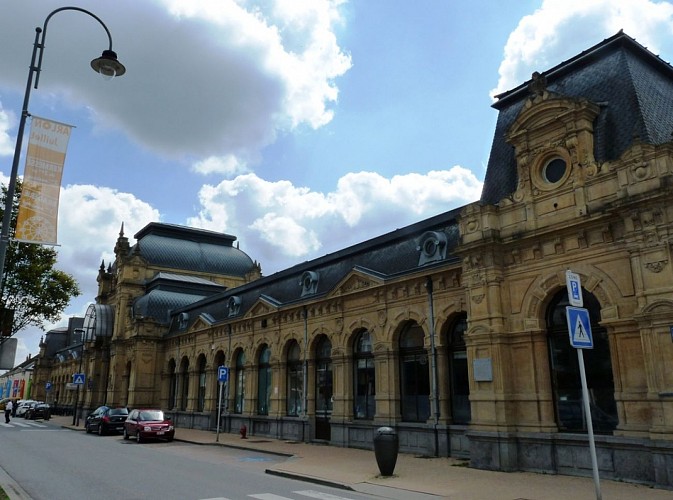 The railway line from Bruxelles to Luxembourg was inaugurated in 1858. Then in 1873, when the Belgian State Railway took over the network, a new station was built. The old wood and stone building, which had welcomed travellers up to then, was replaced by the imposing building you see today. It is built of ‘pierre de France’ a sand coloured limestone, on a base of bluestone, and was designed by the provincial architect VAN DE WINJGAERT. The development of the area around the railway resulted in the construction also of some fine Art Nouveau buildings along with some much more modest railway workers’ cottages (in Schoppach) . The Avenue de la Gare was completely renovated in 2002-2003.