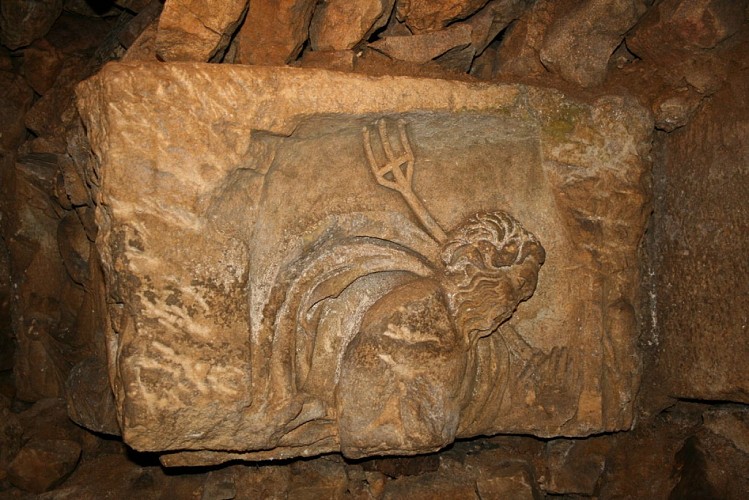 At the end of the 3rd century Arlon was fortified with the construction of ramparts. This ‘castrum’ or fort was 800 metres in circumference with ramparts that were 4 metres thick and 8 metres high with two gateways and around 20 watch towers.  The “Neptune” tower was identical to the “Jupiter” tower recently discovered near to the Town Hall. The small museum consists of remains of the tower which were discovered during archaeological excavations in 1948. In the foundations of the wall one can see various sculpted stones from the ancient ‘vicus’ including a superb bas-relief representing Neptune.
To visit the ‘Neptune’ Roman Tower, a key can be obtained from Maison Knopes, 24 Grand Place. Entrance fee 0.50 euro.