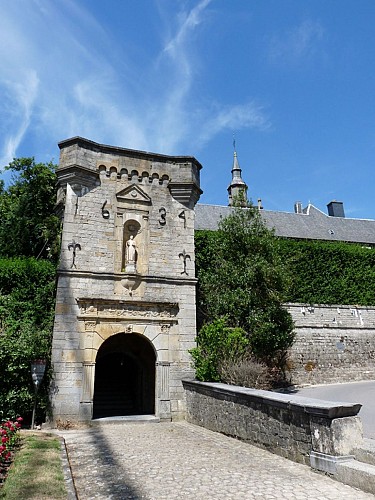 Portal of the ancient church of Saint Martin

Having been located outside the city of Arlon (Rue des Thermes Romains) for more than 1,000 years, in 1558 the congregation of Saint Martin’s Church was transferred closer to the city centre. Then, in 1661, it was destroyed by a fire and not rebuilt until 1681 when Luxembourg was occupied by the troops of Louis XIV. A century later (in 1785) another fire destroyed the roof and bell tower – a blaze so fierce that the bells melted! In the 19th century the tower was demolished and then rebuilt. In 1914, following the construction of the new Church of Saint Martin, the old church was abandoned. It was finally demolished in 1935 but with the portal being transferred to this location at the foot of Saint Donat’s Hill.