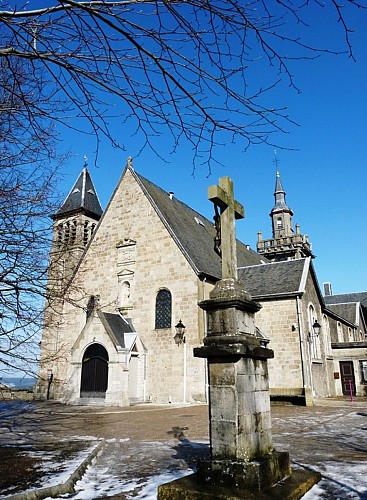 Waléran, the first Count of Arlon, built a fortified chateau at the top of the town during the 11th century. Along with the town ramparts, this was completely destroyed in 1558 when Arlon was pillaged by the troops of the Duc de Guise. When the Capuchin monks arrived in Arlon in 1621, they built their abbey on the ruins of the castle. In 1681 a Vauban-type fortified wall was built transforming the abbey into a citadel. After being the victim of a lightning strike in 1719, it was decided to dedicate the church to Saint Donat.  The old religious foundation of the Capuchins was finally abandoned in 1796 - Only the church survived and was then restored and renovated during the 20th century.