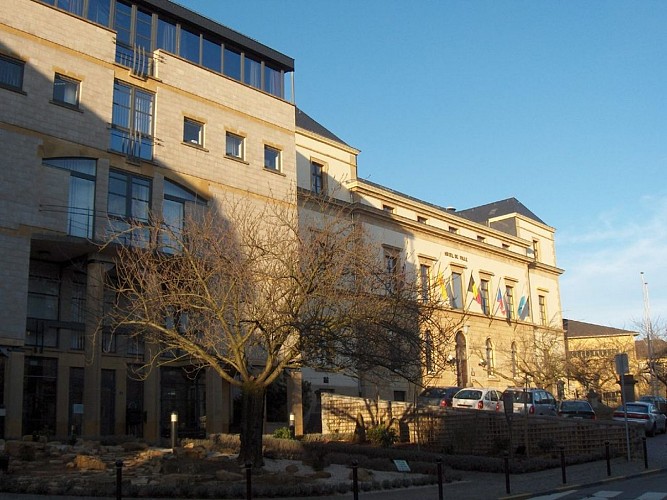 This building was constructed between 1842 and 1843, again to a design by the architect JAMOT, to house the Athénée Royal (public secondary school) of Arlon. In later years (from 1884) it served to house the boarders (pupils who stay at the school during the week or the whole term). Over the years the building had a number of internal improvements and changes but in 1918, following heavy bombardment, the whole of the right hand wing was destroyed. Restoration took a number of years. From 1967 the immediate surroundings of the city hall were improved with some buildings being cleared. Then, in 1976, with the merging of outlying administrations with that of Arlon itself, enlargement of the city hall building became necessary. Rue Paul Reuter itself is named in commemoration of a Mayor of Arlon who, during both world wars, staunchly resisted the invaders.
In front of the Town hall is another sculpture by Jean-Marie GASPAR: This work ‘Le Jass’ was erected in 1919 in homage to the dead of the Great War.