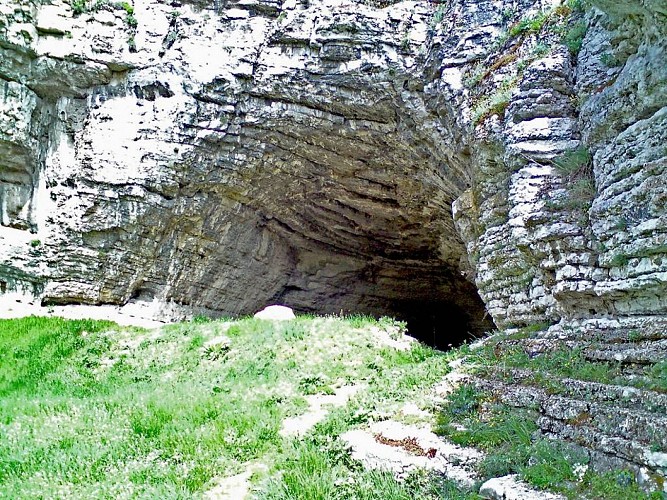 Since 1996 the cave has been excavated by an international team from the Archaeological Institute of Bulgarian Academy of Sciences in Sofia and the Institute of Geology and Prehistory of the quaternary in Bordeaux and led by Nikolay Sirakov and Jean-Luc Guadelli.

It differs significantly from its current findings in the Temnata and Bacho Kiro, showing similarities with the cultures prevalent in Western Europe several centuries later.

The cave was inhabited during the middle Paleolithic, but most important are the lowest layers.

They are dated at the age of 1.4 million years ago. The archelogists found a tooth of a representative of the genus Homo, possibly Homo erectus.  If this dating is correct, this would be the oldest record of human presence in Europe.

Few artifacts from the early Paleolithic layers in the cave Kozarnika causes strong disputes. These are a few bones, dating from 1.2 to 1.4 million years ago, which has suffered a series of streaks. According to archaeologists conducting excavations these are made deliberately, and not an automatic result of processing the meat of the animal. This hypothesis is controversial because, according to the prevailing perception ability of symbolic thinking emerges only in Homo sapiens before 50,000 years.