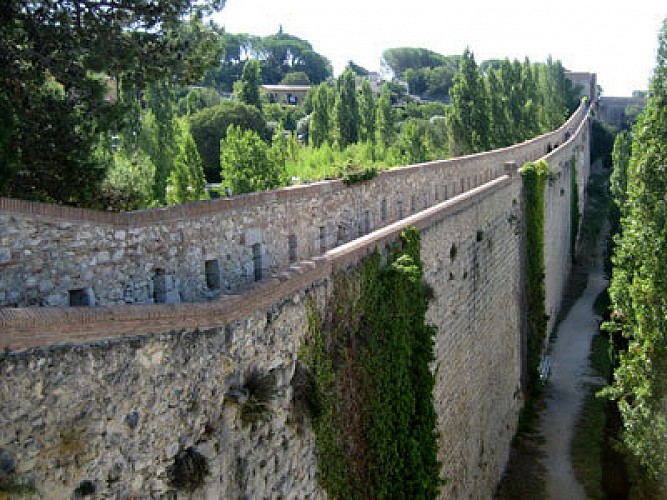 The Força Vella section of the ramparts was a military construction of decisive importance right from the times of the Roman precint (1bC).

During the second half of the 14th century, this defensive rampart was thoroughly rebuilt at the initiative of Peter III the Ceremonious.

The medieval fortification rested on the natural rock that rose a few meters above the sandy banks of the river Onyar.  It was an improvement over the old Roman wall which was used as a foundation, made into a double wall or even, in some sections, actually replaced by the new wall.

From the early years of the 16th century, the walled precinct was absorbed into the city and the walls, by becoming features actually standing in the city, lost their military defensive value.

This situation brought on the star of their deterioration, as parts of the walls were gradually altered from the inside and the outside to meet the needs of the people living alongside the fortification, by which time the former defensive construction had become an enormous party wall.