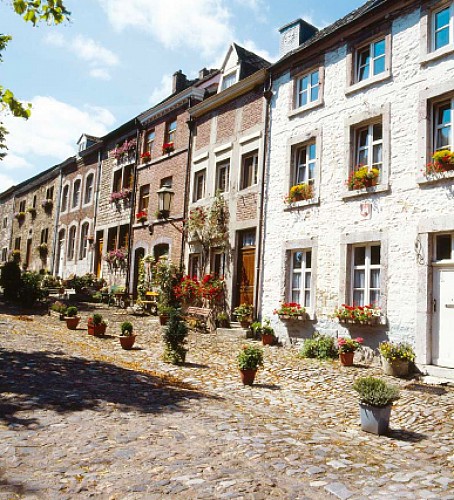 Built in the 11th century, the fortress of Limbourg sits on a rocky spur surrounded by a loop of the river Vesdre.

Its strategic location meant that it was coveted by the warring nations of Western Europe.

It later became the property of Austria, and the fortress was abandoned militarily by Emperor Joseph II in 1781.

This led to the loss of many military buildings, but at the same time preserved an architectural whole of tremendous quality.