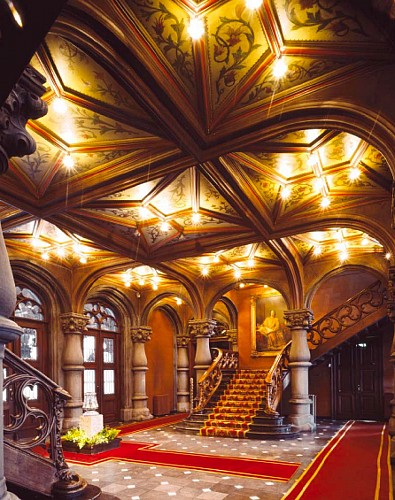 The palace of the prince-bishops

Occupying the same site for twelve centuries, the former palace of the prince-bishops of Liège was rebuilt in the 16th century, its design probably inspired by drawings by Leonardo da Vinci.

The colonnade in the first courtyard makes it one of the major works of Renaissance architecture.

The main façade was partially destroyed in 1734 and was rebuilt in the classical style.

During the same period, many of the prince’s apartments were decorated in the rococo style. Several courts sit in the Palais, the west wing of which, rebuilt in the neo- Gothic style in the 19th century, now houses the institutions of the province of Liège.