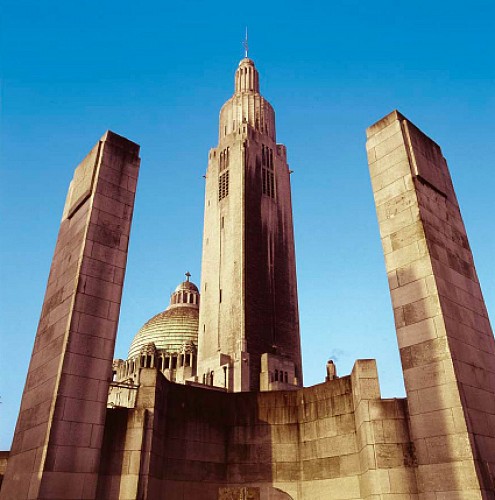 A majestic landmark very visibly sited on a hill above Liège, the Inter-allied Memorial at Cointe was inaugurated in 1937 and comprises two distinct parts.

The civilian esplanade is defined by its 75-metre votive tower, designed like a skyscraper, its crypt containing the oldest of the memorials (Romanian, Franco-Belgian and Spanish).

The unfinished church has a central cupola decorated with copper foil, an apse and four diagonal chapels.