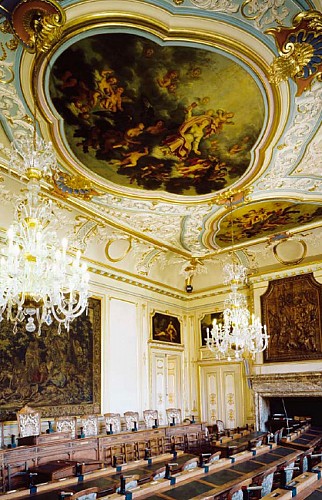 The city hall of Liège

Built between 1714 and 1729 on the site of the earlier Gothic-style maison de ville and opposite the famous steps which symbolise the independence of Liège, the city hall - familiarly known as “La Violette” - is a huge, two-storey U-shaped building, built of brick and limestone.

An imposing staircase leads to the vast entrance hall, with its eight columns, four pilasters in dark stone and a gallery supported by four oak figures (1717-1718).

At each side and above it are richly-decorated rooms including, on the first floor at the front of the building, the council chamber, which is at the heart of the political life of Liège.