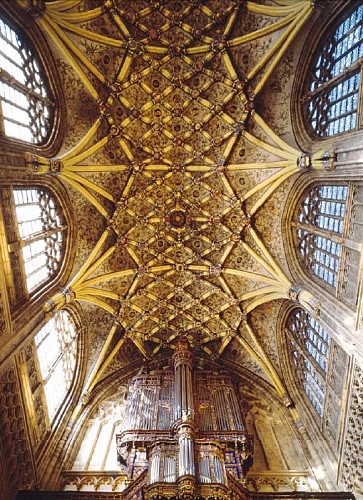 The church of Saint-Jacques

The Romanesque abbey church was founded in 1015, but only the crypt (1016) and the westwork (late 12th century) still survive.

The nave and choir were rebuilt from 1514 onwards in the late Gothic style.

The church is noteworthy for its fan-vaulting with large, painted bosses, its three fine Renaissance stained-glass windows (1525) and its 17th-century baroque statues in whitepainted lime.

The cloister and its ancillary buildings were destroyed in the 19th century, but the former monastic infirmary has recently been rediscovered behind modern walls and now houses Wallonia’s centre for building archaeology.