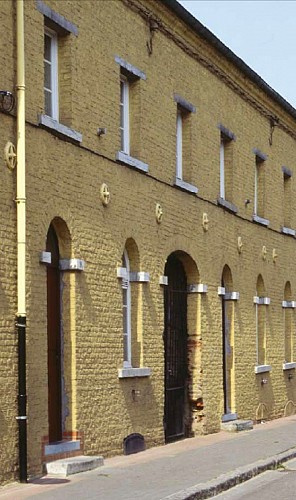 The mining site of Bois-du-Luc

The mine in Bois-du-Luc has been worked since the 17th century, and the site was further developed in the 19th century.

Between 1838 and 1853, the management built the town of Les Carrés to attract and retain workers.

Like Le Grand-Hornu, it was an urban complex built to serve an industry, and had 162 houses. Several shops and facilities were provided for the workers including a grocery, schools, hospital, and meeting-hall.

Since the mine’s closure in 1973, the site has been taken over by an industrial heritage museum. In the centre of its courtyard it houses SAICOM (storage for the industrial archives of the Couchant basin in Mons), which safeguards every type of industrial archive.