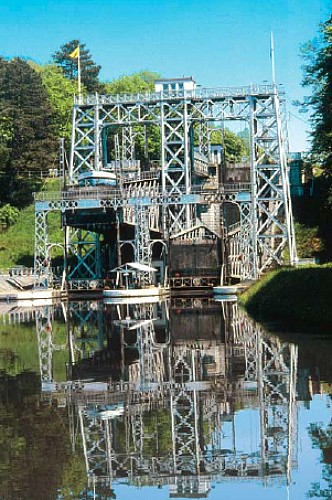 Excavation of the Canal du Centre, which is closely linked to the region’s industrial past, began in 1882. In order to overcome a difference in levels of 70 metres over a distance of 21 kilometres, four hydraulic lifts were built along the canal between 1888 and 1917.

Two identical tanks rest on a hydraulic press supported by a piston.

When the higher tank is filled with an additional 30 cm of water, it descends and the other tank rises. Each lift is linked to a machine room.

The four hydraulic boat-lifts attract thousands of visitors and have been included on the UNESCO World Heritage list since 1998.