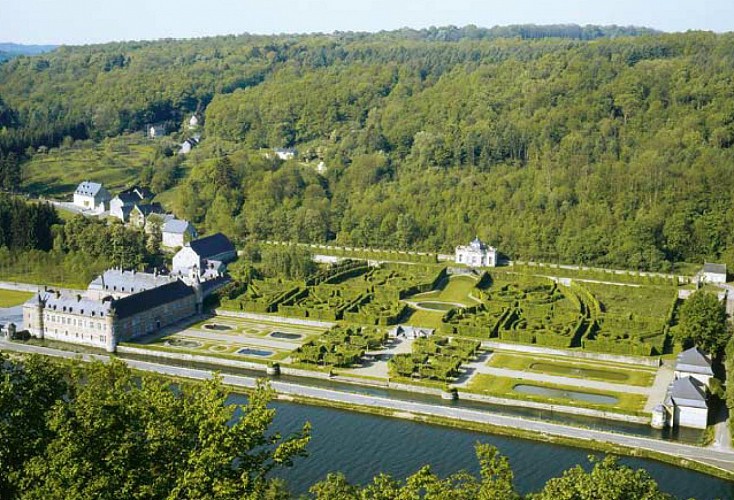 The castle of Freÿr and its gardens

A quadrilateral 16th-century building, whose south wing was demolished in 1769, the Château de Freÿr has some interesting features, such as the large entrance hall (around 1625), which is on two levels, and the main staircase, both walls of which are hung with canvases depicting hunting scenes and animals.

The gardens are a fine example of classic French garden design.

The terrace contains orange trees, some of which are 250 years old, rectangular pools and groups of 5 lime trees.

It is set below six “garden rooms” hedged with hornbeam, and the Frédéric Salle pavilion which has a cupola and three rooms decorated with beautiful plasterwork.