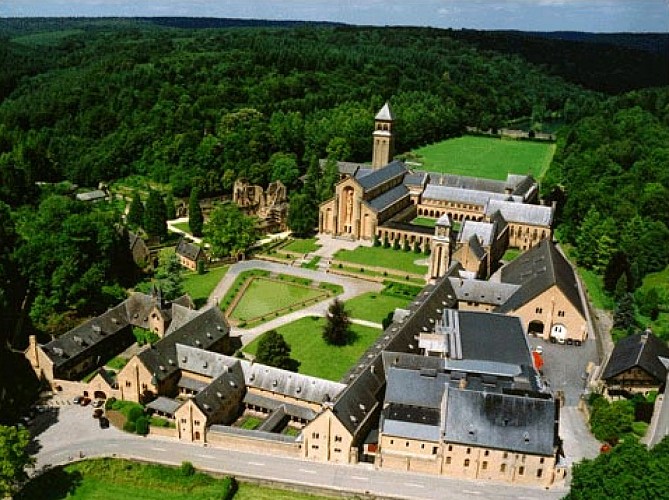 A Cistercian abbey since the 12th century, the monastic buildings at Orval were constructed before 1200. Of these, traces of the choir and transepts of the church, some of the nave pillars, and parts of the cloister and chapter house still remain.

All were built in a limestone of a soft yellow colour.

In the 18th century, using the wealth acquired from the steel industry through the establishment of foundries, the monks had a new monastery designed by the renowned architect, Laurent-Benoît Dewez and built alongside the mediaeval abbey.

This building was then completely destroyed during the French Revolution and used for the foundations of the present-day Cistercian abbey, which was built from 1926 onwards by Henri Vaes.