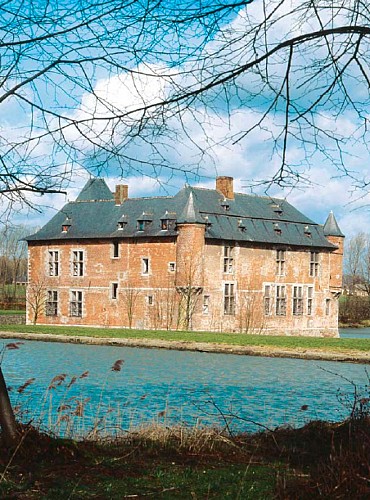 Fernelmont castle-farm is a large quadrilateral surrounded by an imposing moat.

The only remaining original mediaeval building is the imposing porch dungeon, built around 1300. This is a massive limestone structure with a central arched entrance between two hemispherical projecting parts.

Its internal layout shows that it was well equipped with latrines, niches, basins set into the walls, window-seats, two fireplaces and, in particular, an interesting floor covered in small varnished terracotta tiles.

The rest of the château is of brick and is from the 16th century, except the Tuscan gallery, which was built in 1621.

Since 1986, it has been given new life by a non-profit organisation.