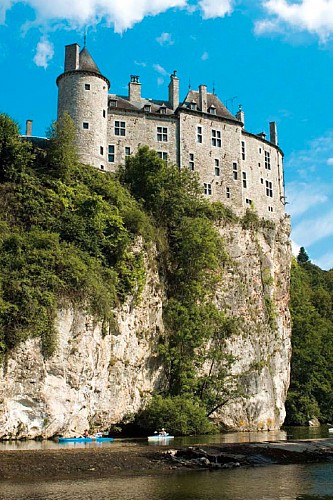 High on a broad rocky promontory above a meander of the river Lesse, the Château de Walzin has always captured the imagination.

It was admired by Victor Hugo, who made a drawing of it in 1863.

Although construction began in the 13th century, little of the mediaeval buildings remains except for the 15th-century horseshoe tower which still has four cannon ports.

The rest of the building was considerably altered, especially between 1930 and 1932. The option chosen was to adopt a traditional style of architecture and aim for stylistic coherence.

However, it is the château’s natural setting, more than its architecture, which is truly exceptional.