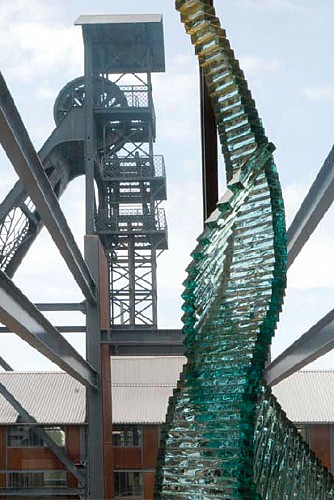 Established in 1822, the Bois du Cazier mine expanded throughout the 19th century, specifically because the coal extracted there was of very high quality.

On 8 August 1956, a huge fire broke out in the mine, claiming the lives of 262 miners of twelve different nationalities.

The mine closed in 1967, and was listed as a historic site in 1990. It includes an industrial museum, with original machinery (single-sheet rolling mill, dynamos, a 1904 electric tram, etc.) and tools, the 1956 disaster memorial area, and a glass museum.