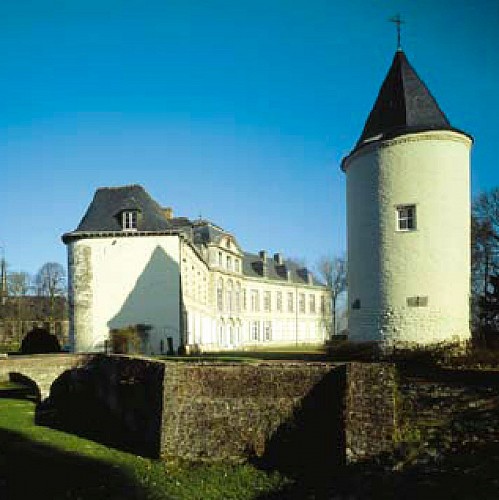 The castle and chapel of the holy blood

The château of Bois-Seigneur-Isaac stands on the site of a mediaeval fortress, and it still has the same obtuseangled layout.

It consists of two wings, connected by a central part, both façades of which are surmounted by a pediment with a clock.

The English-style park, landscaped in the 19th century, contains a number of fine trees and a tree-lined alley forming a tunnel.

The chapel of the château became a priory in the 15th century after the miracle of the Holy Blood.

It was rebuilt at the end of the 16th century in the late Gothic style, but the interior décor is 18th-century.