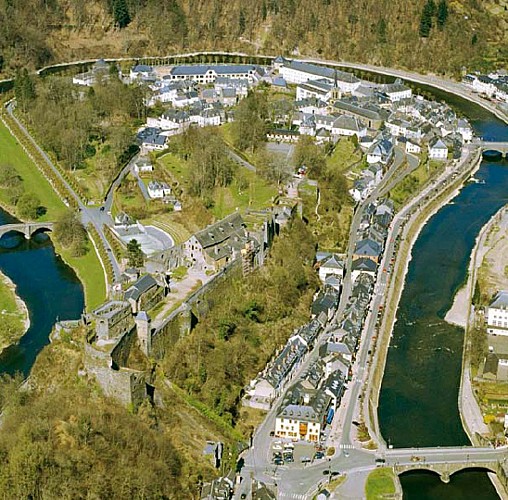 Situated on a rocky ridge above the river Semois, the château is actually on two sites. On one rocky spur there was a typical castle mound.

In 1082, a second dungeon was built by Godefroid de Bouillon, who sold the estate to the bishop of Liège before leaving for the Crusades.

The chateau was subsequently altered, particularly by Vauban during the period of French occupation; projecting fortifications, barracks, arsenal and a powder magazine were added.

The dungeon was demolished in 1824, during the period of Dutch rule, to make way for further barracks, but the military site was decommissioned in 1853.